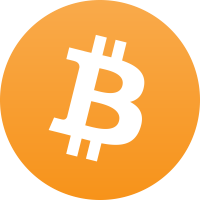 Bitcoin Core is the client software directly descended from the original Bitcoin software client first released by Satoshi Nakamoto. Bitcoin Core consists of both "full-node" software which can fully validate the blockchain, as well as a Bitcoin wallet. [1] The official open source project that maintains and releases the software can be found here

). The project also maintains related software such as cryptographic libraries on GitHub.

It is impossible to provide a blanket recommendation regarding which Bitcoin wallet to use. This is an individual decision that depends upon:

Other bitcoin wallets like Electrum may have better usability, but they also come with their own issues; see Electrum Warnings for example. Despite Bitcoin Core limitations it should be seriously considered for security reasons because it is the official Bitcoin client, particularly if transacting with Bitcoin accounts of significant financial value. Relative strengths include:

Unfortunately, it takes a very long time to download and verify the blockchain. A large amount of disk space is also required, which may or may not be more manageable by using Bitcoin pruning mode.

Compared to Electrum, some things are more difficult in Bitcoin Core such as:

After importing descriptors, the watch-only wallet will be functional, allowing you to create receiving addresses and create unsigned transactions. Unsigned transactions are copied by default to the clipboard but can also be saved in a .PSBT file (Partially signed bitcoin transaction) which can be transferred to the offline PC in order to sign. After signing just transfer the signed .PSBT file to the online PC to broadcast the transaction.

Another way to do this activities are likely possible, but are undocumented here; refer to the footnotes for possible information sources. [3]

Note: Any alternative method could be used. This is unspecific to Whonix ™. The following method is available for convenience. [4]

This output might be followed by a warning as follows.

This step is optional but recommended to ensure stream isolation is always used from the first connection. This step can be omitted if:

2. Start Bitcoin-Qt as documented further below.

3. Enable Stream Isolation in the client.

4. Re-enable networking for the virtual machine.

Perform the following steps to create a bitcoin-qt start menu entry; this procedure is optional.

2. Open file ~/.local/share/applications/bitcoin.desktop in an editor as a regular, non-root user.

The bitcoin-qt start menu entry should now be available.

Perform these steps to automatically start bitcoin-qt; this step is optional.

bitcoin-qt will now automatically start the next time the VM is booted.

To start bitcoin-qt (part of Bitcoin Core) from the command line, run.

Note: replace address with the actual address to be watched.

After installing a Bitcoin client, please consider making a donation to Whonix ™ to help keep it running for many years to come.