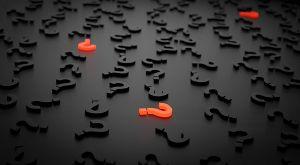 Multiple Qubes-Whonix ™ Templates provides much greater flexibility over a single template when choosing software packages. The additional cloned templates can be customized with software to meet specific requirements; something impossible to achieve with a single Template. [1]

Note: Each Template's root filesystem runs independently from all other Templates. [5] Therefore, each individual Template must be updated separately.

Cloning templates in Qubes-Whonix ™ is easily accomplished via Qube Manager. Be careful with naming conventions for both Templates and App Qubes (based on those templates) so they are not confused with each other. This will minimize the chance of basing an App Qube on the wrong template.

When creating App Qubes based on cloned Templates, a purpose-based naming convention is sensible so there is no ambiguity regarding the intended function of an App Qube. For example, if an App Qube is created to tunnel UDP over Tor, appending tunnel-udp (the purpose) to the end of anon-whonix would lead to the name anon-whonix-tunnel-udp.

To clone Qubes-Whonix ™ Templates, follow the steps below in Qube Manager: 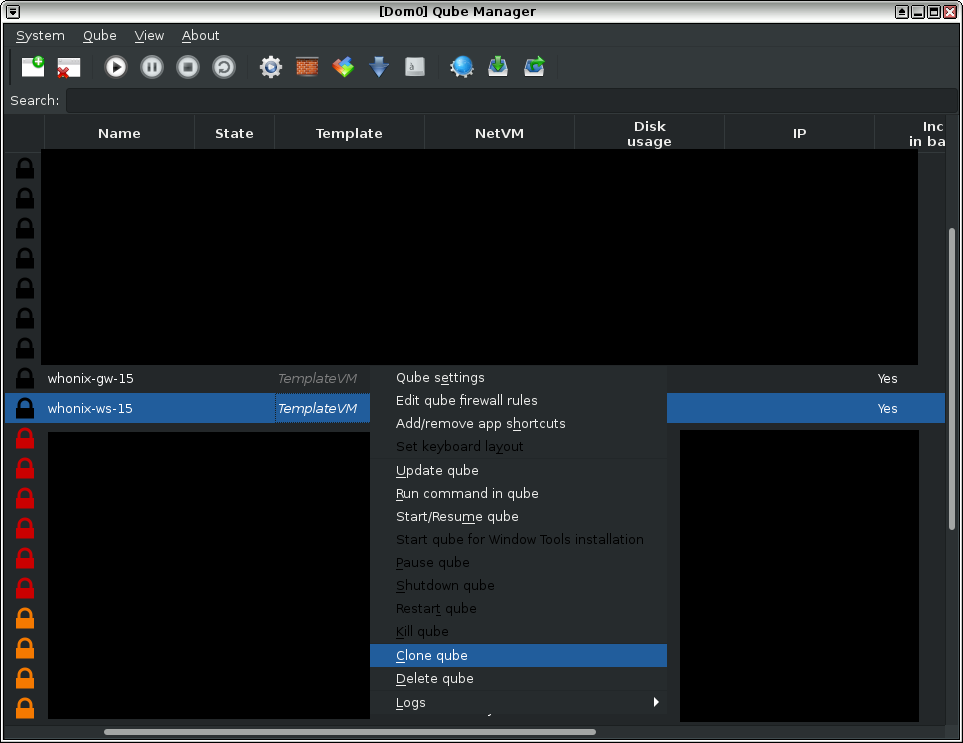 When prompted, give the newly cloned VM a name that is not easily confused with other VMs. This minimizes the chances of basing an App Qube on the wrong template; there could be serious security concerns if a "trusted" App Qube was based on the wrong Template with untrusted packages.

Reminder: In Qubes R4 and above the NetVM setting of Templates should be set to None. [6]

A cloned Whonix ™ Template will by default be upgraded through sys-whonix. [7] This is a known Qubes usability issue. [8]

If you would like to change the UpdatesProxy setting for any Template, apply the following steps.

The procedure is now complete.

Want to help spread the word? Tell your friends! Or share Whonix news