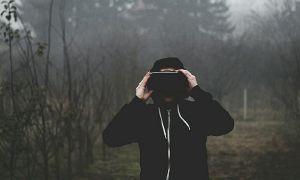 Why is the Default Username "user" and Password "changeme"?[edit]

Because 'technically' there is "no installation". Whonix ™ images are pre-installed operating system images. The history of Whonix ™ is that we started to ship downloadable VM images. What you might perceive as installation process, for example VirtualBox import is "not an installation". It is the same for any VM image that would be imported. There is no feature in virtualizers that would allow to inject code to do things at this stage. The code running for importing the images is solely by the virtualizer and modifying that would be non-trivial and require to maintain a fork of the virtualizer. To add such code on the operating system that hosts Whonix ™ would be non-trivial and operating system specific. It would require to mount and modify the images. Too unimportant to put any effort into it. Would probably result in more bugs, and confusion, than what we have now. I see Qubes(-Whonix ™) as the evolution of this, since there are no passwords there.

Only 64-bit Whonix ™ builds are available for download. This decision is based on the small number of affected users and the associated maintenance burden. To learn more, see: 32-bit or 64-bit?

Why is KVM Recommended over VirtualBox?[edit]

To learn more, see: Why Use KVM Over VirtualBox?

Why is Qubes Recommended over other Virtualizers?[edit]

You cannot. There's a downside and an upside: