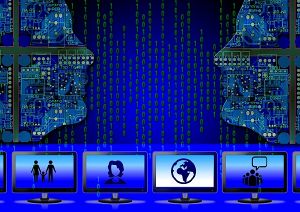 By default, connections between Whonix-Workstation ™ and Whonix-Gateway ™ are neither authenticated nor encrypted. The above (virtual) LAN connection between Whonix-Workstation ™ and Whonix-Gateway ™ is assumed to be secure.[2] Adding authentication and/or encryption by default would further increase the complexity of Whonix ™, which is to be avoided as explained in earlier chapters.

If you want to run Multiple Whonix-Workstation ™ at the same time inside the same (virtual) isolated LAN, authentication should be added:

If you want to connect to a Whonix-Gateway ™ over insecure, untrusted, or unknown foreign networks (internet):

Only applies to non-stock configurations: If you run Multiple Whonix-Workstation ™ simultaneously or want to connect to Whonix-Gateway ™ over insecure or untrusted networks (internet):

Encryption can be added using OpenVPN or SSH. SSH, but not OpenVPN, has the advantage of being able to still easily tunnel a VPN through Tor, later. If you don't plan to do so, OpenVPN is probably easier. SSH has the disadvantage of increased setup complexity in this use case - you are probably better off using OpenVPN.

This has only been quickly researched: From the Wikipedia article about ARP spoofing [archive], it appears that Static ARP entries could be used to authenticate connections between Whonix-Gateway ™ and Whonix-Workstation ™.

(This chapter is actually not authentication, but solves the threat nonetheless.)

A workaround, when running all vm's on the same VirtualBox host:

A workaround, for Whonix ™ with Physical Isolation, where all possible connecting machines are trusted:

If you would like to see the unfinished documentation, please press on expand on the right.

These instructions explain how to do it using VirtualBox.

The original poster is on a good track already. Some more changes required.

On Whonix-Workstation ™ in an additional isolated network.

Note: If no changes have yet been made to Whonix Firewall Settings, then the Whonix User Firewall Settings File /usr/local/etc/whonix_firewall.d/50_user.conf appears empty (because it does not exist). This is expected.

For more help, press on Expand on the right.

Note: This is for informational purposes only! Do not edit /etc/whonix_firewall.d/30_whonix_gateway_default.conf.

Note: The Whonix Global Firewall Settings File /etc/whonix_firewall.d/30_whonix_gateway_default.conf contains default settings and explanatory comments about their purpose. By default, the file is opened read-only and is not meant to be directly edited. Below, it is recommended to open the file without root rights. The file contains an explanatory comment on how to change firewall settings.

If using Qubes-Whonix ™, complete these steps.

And add additional interfaces to the firewall config.

Perhaps NetworkManager is interfering and must be disabled.

Also the file /usr/share/tor/tor-service-defaults-torrc needs some changes. Tor needs to listen on the additional interfaces.

Open file /usr/share/tor/tor-service-defaults-torrc in an editor with root rights.

Use this file:
https://github.com/Whonix/anon-gw-anonymizer-config/blob/tor_listen_on_all_interfaces/usr/share/tor/tor-service-defaults-torrc.anondist [archive]

It will now loudly complain, that Tor is listening on all IPs that that may not be what you want. You can ignore this, because the external network interface is firewalled.

TODO: Explain what happens during upgrades.

Whonix-Workstation ™ TransPort access should be functional though. I.e. nslookup check.torproject.org and/or Firefox should work.

Each Gateway and Workstation should have its own SSH account and certificate distributed to each machine to which it will connect.[6] Each Gateway and Workstations will need ssh installed and the service started. Workstations need to be configured to automatically reconnect - in case Whonix-Workstation ™ starts before the Gateway, or restarts.[7] Workstations need to use the tunnel IP to connect to the Gateway. The Whonix-Gateway ™ should only accept certificate authentication, and only forward or answer to Tor over the SSH tunnel. All Workstations must use the established SSH tunnel to the Gateway, redirect such network access to socks via tranSOCKS_ev or similar. The Whonix-Gateway ™ firewall may need corresponding changes. Not impossible to use SSH for this - but intricate.

You may be better off using OpenVPN. However - OpenVPN is a full machine to machine connection, while ssh is easily port restricted.

If you would like to see the unfinished documentation, please press on expand on the right.

The following information only applies to the deprecated version of Whonix 0.5.6. It requires updating for more recent versions of Whonix ™. Please help.

Copy key to workstation (Firewall needs to be disabled and openssh-server installed on Whonix-Workstation ™ for this to work).

Edit torrc.
TODO: only selectively change listening addresses. TransPort and optionally other SocksPorts have to remain available, if unauthenticated workstations are to be used. NOTE: we are using a hardcoded default IP here, if you are using non standard settings this will have to be edited.

Edit /usr/local/bin/whonix_firewall.
TODO: Put this automatically where it actually belongs

Should be in the default installation.