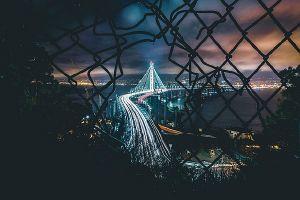 According to the Tor Project: [1]

Tor transports data over encrypted TLS tunnels between nodes, which is in turn carried by TCP.

through exit nodes in the network. [2] This is unlikely to be supported in the near future due to incompatibility with cryptographic protocols in use and those planned.

The consequence is that UDP-based protocols and applications cannot be used to transmit UDP datagrams between guards and exit nodes in the default configuration. This affects a number of activities, such as VoIP or video applications. [3]

Transporting UDP Tunnels over Tor with a VPN[edit]

A solution to this problem is to use a tunneling protocol

. In simple terms, this allows a user to access a foreign protocol or network service that the underlying (Tor) network does not support or provide directly.

The tested and working method in Whonix ™ is to utilize a Virtual Private Network (VPN) with a trusted provider that does not block UDP traffic in the following configuration: User → Tor → VPN → [Other Anonymizing Network] → Internet. Some VPN protocols like OpenVPN can use UDP while implementing reliable connections and error checking at the application level. [4]

Before following the instructions to tunnel UDP over Tor, please first read the related VPN documentation and warnings:

may lead to a negative performance impact on user activities. This arises from high latency due to congestion in the network, queue length on nodes (mixing of traffic across multiple nodes), and TCP mechanisms which attempt to account for lost packets and hold delivery of future packets until a resend is complete. [5]

Always remember that adding a second connection in the tunneling chain adds significant complexity. This potentially increases the security and anonymity risks due to:

Depending on the final configuration this may also: increase fingerprinting risk, remove stream isolation of activities, and lead to a permanent destination (exit node) "X" in the Tor network.

Whonix ™ recommends the use of OpenVPN

as the most secure (SSL/TLS-based) protocol, rather than reliance upon IKE, L2TP/IPsec or PPTP. OpenVPN is considered extremely secure when used with encryption algorithms such as AES. [13]

A dedicated virtual machine is recommended for this activity; see Multiple Whonix-Workstation ™.