From Whonix
< Dev
Jump to navigation Jump to search 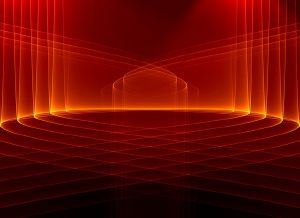 Whonix ™ is officially supported on the following platforms:

Why use VirtualBox over KVM?[edit]

See Why use VirtualBox over KVM?

Why use VirtualBox over Qubes?[edit]

See Why use VirtualBox over Qubes?

Why use KVM over VirtualBox?[edit]

See Why use KVM over VirtualBox?

Why use KVM over Qubes?[edit]

In an ideal world Whonix ™ would support all virtualization platforms. Theoretically this could be achieved by utilizing libvirt

, since it is a toolkit that supports KVM, QEMU, Xen, Virtuozzo, VMWare ESX, LXC, Bhyve and other virtualization platforms on the Linux, FreeBSD, Windows and macOS operating systems. In practical terms libvert is out of the question because it does not yet abstract some commands that Whonix ™ requires, see: libvirt-users: Does libvirt abstract each and any vm specific command?

. That means without patches from interested parties, libvert APIs will not expose necessary functionalities.

Theoretically, Whonix ™ could run inside any virtualizer because its build scripts are very modular and extensible. In reality, Whonix ™ does not have sufficient developer resources to test other virtualizers. If additional contributors join the project and become maintainers for other virtualizers, then support for those might be officially added.

As outlined above, Whonix ™ needs dedicated contributors to support other virtualization platforms. Essential contributor responsibilities include:

Ideally, a dedicated contributor would also create, sign and upload .ova images for the alternative virtualization platform (such as VMware, QEMU, etc.).