Anbox disables the majority of the Android security model [1] and it uses a very outdated Android version with known vulnerabilities. [2]

is a third party project that allows Android applications and mobile games to run inside Whonix ™. According to the Anbox website: [3]

The project is open source and theoretically any application can be run. Anbox does not have direct access to a user's hardware or data. It should be noted that while it is possible to install the Google Play Store, Google will not allow anyone to ship applications if the device is not certified and the vendor has not signed an agreement. [4]

There are several issues with running popular Android applications using Anbox or Android x86 Workstation on top of a non-physical, certified Android device.

At present, the biggest problem with running popular Android applications on top of a non-physical Android device is passing SafetyNet by Google. Android consists of two parts:

SafetyNet is a mechanism which verifies the integrity of the device. If a device is not certified by Google Corporation then most of the proprietary Android applications from Google Play Store will not run because many use SafetyNet to check the device is authentic and has not been tampered with. Nowadays there is no way to pass SafetyNet on either Android x86 or Anbox because Google uses its own closed-source algorithm for non-real devices detection. SafetyNet is used by ~30-50% of Google Play Store applications, especially those relating to banking and social networks such as Tinder.

There are both distinct advantages and disadvantages of running Android applications in a native Whonix-Workstation ™ versus an Android x86 Workstation. [6]

Perform all installation steps inside Whonix-Workstation ™. No Whonix-Gateway ™ modifications are required.

Disabling Whonix-Workstation ™ Firewall is unfortunately required. Otherwise there would be no network access. [14]

This reduces security! Especially when using multiple Whonix-Workstation ™ behind the same Whonix-Gateway ™.

A StandaloneVM is most suitable, otherwise changes will be non-persistent (lost after VM restart). Instructions on how to make Anbox persistent using a TemplateBased AppVM do not exist yet; see footnote for experimental instructions. [15]

Qubes-Whonix ™ requires the use of a Qubes VM kernel

which are equally functional in Qubes-Whonix ™.

It has been reported

that it is necessary to enable Anbox software rendering

, but it is unclear how to accomplish that at present. The command from the previous link is likely non-functional because this guide does not use snap. Snap is not utilized because that would break the Always Verify Signatures recommendation (snap does not verify software signatures). [17]

It is suggested to install F-Droid. The instructions below document how to download and verify F-Droid inside Whonix-Workstation ™. [19]

Verify the fingerprint. It should show.

The most important check is confirming the key fingerprint exactly matches the output below. [20]

Do not continue if the fingerprint does not match! This risks using infected or erroneous files! The whole point of verification is to confirm file integrity. 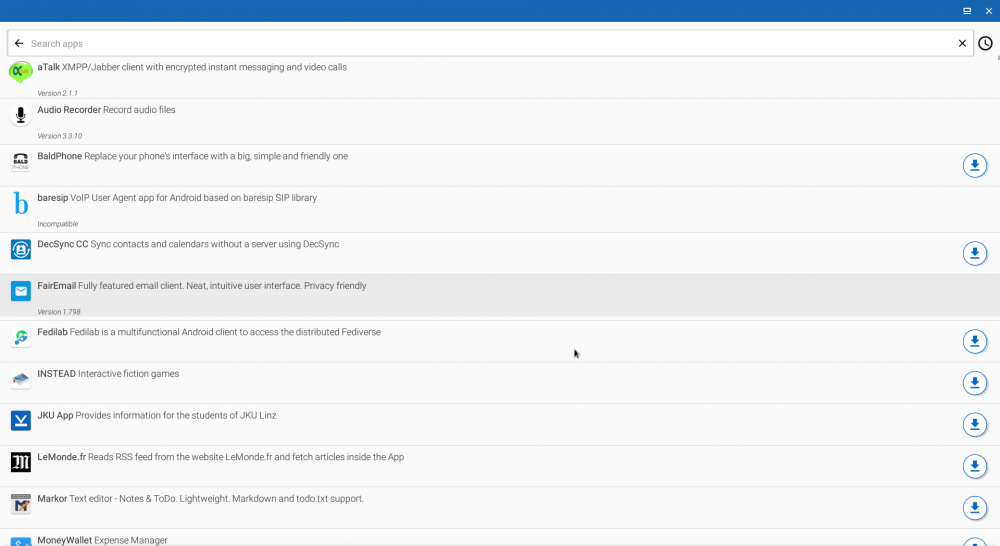 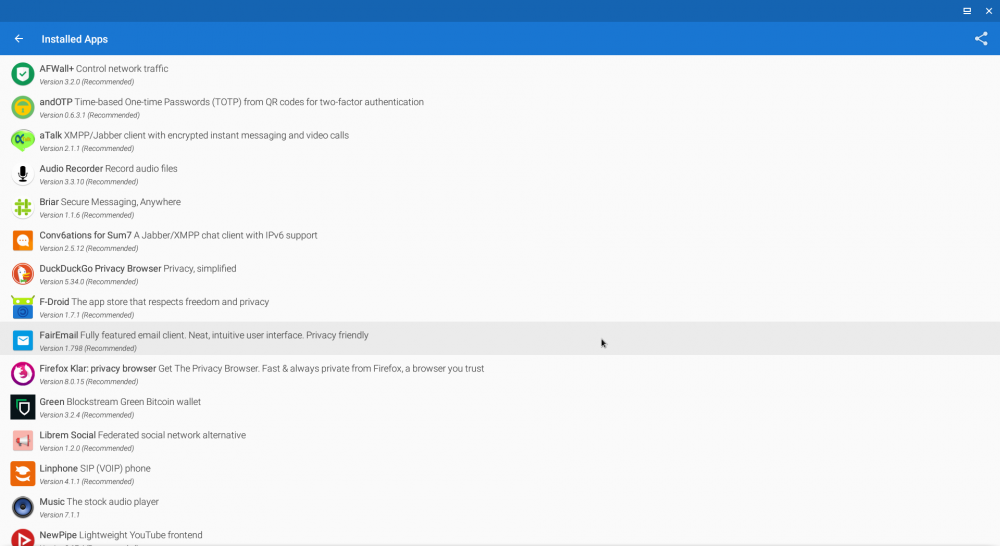 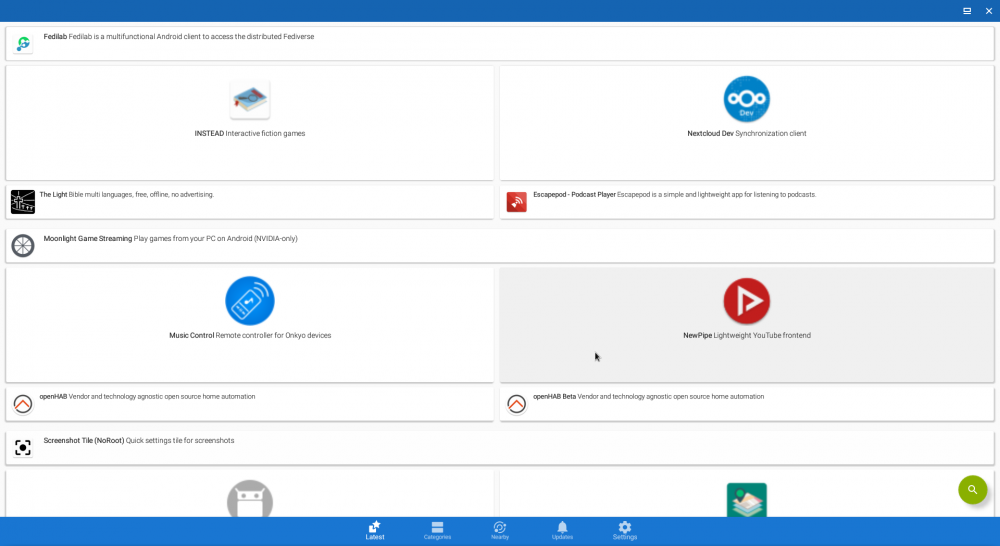 Files dropped to this download directory are readily visible to applications within Anbox.

Spread the good word about Whonix!