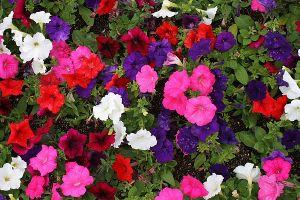 Whonix ™ is a secure operating system comprised of two virtual machines which are isolated both from each other and the host. This configuration averts many threats posed by malware, misbehaving applications and user error. While Whonix ™ protects against many real world threats, [1] it is still possible for skilled adversaries to compromise Whonix-Workstation ™ (Qubes-Whonix ™: anon-whonix).

If a single Whonix-Workstation ™ is used for all anonymous activities and is exploited, the attacker gains access to available data and can monitor all online activity. To minimize the impact of a compromise, it is recommended to utilize multiple Whonix-Workstation ™ to compartmentalize different identities and/or additional software. Depending on individual preferences and requirements, a second, third ... nth Whonix-Workstation ™ VM can be created.

Different torifed clients can be used in a completely isolated manner with Multiple Whonix-Workstation ™. By compartmentalizing each different identity or client, an attacker can only read the data in the compromised VM. For example, if Tor Browser in VM-1 was compromised it could not read a user's IRC identity in VM-2. [2]

One disadvantage of this configuration is that if the host Internet connection goes offline or Tor on Whonix-Gateway ™ (sys-whonix) suddenly fails, then all Whonix-Workstation ™ will go offline simultaneously. If multiple Tor clients were running and abruptly stop in unison, a network observer could link these activities to the same person. For instance, a strong correlation is formed if two Tor users in one IRC channel go offline at exactly the same time.

Qubes-Whonix ™ is the recommended choice for multiple Whonix-Workstation ™ because it is specifically designed for compartmentalization (a.k.a. sandboxing) of multiple running VMs. This provides significant speed and security advantages relative to the traditional Type 2 hypervisor model, where two (or more) Whonix ™ VMs are run inside programs like VirtualBox on top of the host OS. For further information, see: Type 1 vs Type 2 Hypervisors and Why use Qubes over other Virtualizers?

Qubes-Whonix ™ also has a TemplateBased filesystem which saves time and improves usability compared to Non-Qubes-Whonix ™:

While multiple Whonix-Workstation ™ are recommended, this is not an endorsement for using them simultaneously!

1. Create an additional App Qube based on the Whonix-Workstation ™ Template (whonix-ws-16) and give it a distinctive name such as for example anon-whonix2. (A more distinctive name is desirable.)

2. Confirm the new Whonix-Workstation ™ App Qube is using a Whonix-Gateway ™ (such as for example the default sys-whonix) as its net qube

3. Depending on the net qube setting.

Note: Inside the Whonix-Workstation ™ App Qube.

B) Open file /usr/local/etc/sdwdate-gui.d/50_user.conf in an editor with root rights.

Note: The following example uses sys-whonix2 as an example. Replace sys-whonix2 with the name of the VM of Whonix-Gateway ™ which this Whonix-Workstation ™ App Qube uses as its net qube. For example, sys-whonix3.

The process of setting up an additional Whonix-Workstation ™ App Qube has been completed.

If you are interested in this configuration, please press on Expand on the right.

Note: The following instructions only apply to Download/Default-Whonix-Workstation ™ or Whonix ™ VMs built from source code. To use another operating system like Windows, other GNU/Linux, BSD etc. please see the Other Operating Systems chapter instead.

Each additional Whonix-Workstation ™ VM must have its own MAC address and internal LAN IP address.

2. Assign a new MAC address to the cloned VM.

Note: A new MAC address is necessary if an additional VirtualBox VM is imported.

Open file /etc/network/interfaces.d/30_non-qubes-whonix in an editor with root rights.

Ignore all lines starting with a hashtag ("#"). That is because comments are only for documentation and notes. However, comments are ignored by the system.

The following command is optional but handy to show all file contents without comments.

That should show for example:

It would even be possible to replace the contents of that config file will above contents. When using more than 1 additional Whonix-Workstation however 10.152.152.12 should be changed to 10.152.152.13 and so forth.

Reboot the Whonix-Workstation ™ or alternately restart the network.