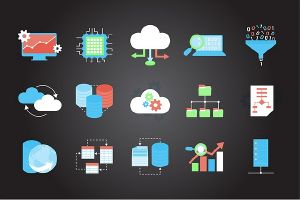 security hardened by default and also provides extensive Documentation including a System Hardening Checklist. The more you know, the safer you can be.

This page is targeted at advanced users who wish to improve the general security of their host operating system to become even more secure.

It is recommended to first read relevant Computer Security Education entries concerning host security, such as:

Warning: The technique outlined in this section may be ineffective against advanced adversaries who can:

"Mobile modems" refers to portable broadband modems which allow a computer to connect to the Internet via the cellular network. These devices support use of the 2G, 3G and 4G networks.

For activities necessitating the best possible anonymity, it is theoretically safer to use an anonymous mobile modem far away from one's normal location, rather than use a local Internet connection. The reason is the dial-up or broadband provider normally knows your name, postal address and non-anonymous payment method. This is problematic if Tor or Whonix ™ is compromised, since an adversary could pressure the service provider and very easily confirm your identity. However, if a mobile modem user is successfully attacked, the IP address leaked will not immediately lead back to the postal address of the user.

It is safest to assume that identification and location information can be discovered if specifically targeted, alongside potential eavesdropping of activities and communications. Always conduct a threat assessment of planned activities before following any course of action!

Many mobile modem devices are manufactured by a handful of companies like Huawei, Gemtek, Quanta and ZTE, with insecure software/firmware being the norm. Devices have often shown critical zero days

All in all, we have a full infection cycle of devices and related PCs. Using the infected devices, we can determine location, intercept and send SMS messages and USSD requests, read HTTP and HTTPS traffic (by replacing SSL certificates), attack SIM cards via binary SMS messages, and intercept 2G traffic. Further infection can continue through the operator's networks, popular websites or equipment infected by worms (when connecting a new device).

Safe Purchase of a Mobile Modem and SIM Card[edit]

When using cellular networks, it is common to receive a shared external IP address due to the scarcity of IPv4 IPs. This can lead to thousands of people sharing one IPv4 address at the same time. Also, some providers do not yet log the users' (NAT) ports; this means providers cannot pinpoint individuals when they are given an IP address and time stamp. This is a nice feature, but do not rely on it for strong anonymity!

Some providers assign additional and unique IPv6 IP addresses to their users. This does not prohibit safe use of the Tor network, because IPv6 is not (yet) configured by default, see: The Tor IPv6 Roadmap

. For greater security, on-line activities should be conducted in locations that are new, distant, random, and non-circular.

Normally the dial-up or broadband provider knows your name, postal address and non-anonymous payment method. If Tor or Whonix ™ is compromised, then an adversary only needs to pressure the service provider to confirm your identity. This is not the case if using an anonymous WiFi adapter plugged or integrated into the Whonix-Gateway ™.

For safer use, it is recommended to:

Whonix ™ does not yet improve host security. It is recommended to use a secure host operating system like Qubes

or Debian GNU/Linux and manually harden it. Also follow relevant steps in the System Hardening Checklist for better security.

In the default configuration, Whonix ™ provides significant protection against circumvention of the proxy obedience design. This includes:

However, if a second exploit is used to break out of the VM, the default Whonix ™ installation is broken and the real IP address will be revealed. Only Whonix ™ run with physical isolation will defeat this attack. This is because the Whonix-Workstation ™ host does not know the real IP address, only the Whonix-Gateway ™ which is running on another machine. This means deanonymization requires the attacker to either: exploit the physically isolated Whonix-Gateway ™, subvert the Tor process, or successfully attack the Tor network at large.

Nevertheless, physically-isolated users should be aware that if an adversary manages to break out of the Whonix-Workstation ™ VM using an exploit, then additional risks are posed by the hardware components that are built-in or have been additionally installed. This includes CPU and HDD / SSD temperature sensors, microphones and cameras.

In the case of Whonix ™ with physical isolation:

In the case of a default Whonix ™ installation, the same general recommendations apply, although it does not really matter since the user will have been deanonymized successfully.

The hostname given to a home computer or device can be leaked via a number of protocols, posing a privacy risk depending on the specificity of the naming convention. For further information, see here.

Users at high risk or traveling should avoid leaving a system in the suspend or standby state. Instead, the recommended power mode to use is hibernation. This will lock all system partitions to a safe state, though there is a small trade-off in startup time.

On GNU/Linux hosts, standby will not always result in having LUKS keys retained in memory. Some experimental projects [5] and custom setups with systemd+scripting are able to erase the keys before system suspend to avoid mistakes.

Following a system standby period, the network fingerprint for Tor on the Whonix-Gateway ™ is identical to a standard Tor instance on the host that has gone through the same procedure. There are some old connections that go stale and need renewal, but nothing is seen by a network adversary because time leak identifiers have been stripped out of Tor's protocol / OpenSSL, and TCP Timestamps are gone.

To reconnect to Tor following a suspend / standby / hibernation period: